Opinion : Rise of CSA and need of civic concern

Every morning I open the newspaper and without a fail I read news regarding rape, sexual harassment, modesty, murder, trafficking etc etc. The eyes get wet when the same news is regarding a children. AN nothing more is left to mourn if the crime against a children happens in his/her house or school. The two places which almost seems safest for children. But the recent cases of children being sexually harassed in schools have shaken the notion of schools in every parents’ mind. The only question which lingers the minds of millions of parents while their children leave for school is, Is my son/Daughter safe in his/her school? Every day million prayers are ushered by the lips of million scared parents of the million children.
According to the NCRB data, in the year 2001 there were 10,814 incidence of cases registered under crime against children whereas in 2015 the figures have raised to 94,172. The magnitude of change is visible clearly. If we see the percent change in the crime rate against children in last 15 years, it is around 770 percent increase. The rise can be contributed to both the awareness and increase in reporting of the cases, but still there is no justification for the increasing number of crimes being committed against children.
Having a look towards state wise picture, Maharashtra accounted for 14.8% of total crimes committed against children registered in the country. The next in order was Madhya Pradesh (13.7%), Uttar Pradesh (12.1%) and Delhi (10.1%). The crime rate i.e. number of cases reported under crimes against children per 1,00,000 population of children (below 18 years of age) was observed as 21.1 at all India level during 2015. The crime rate was highest in Delhi (169.4) followed by A&N Islands (75.0), Chandigarh (67.8), Mizoram (50.1) and Goa (46.5) in comparison to the national average of 21.1.
The Protection of Children from Sexual Offences Act (POCSO Act) 2012 was formulated by  the government in order to effectively address sexual abuse and sexual exploitation of children. The Protection of Children from Sexual Offences Act, 2012 received the President’s assent on 19th June 2012 and was notified in the Gazette of India on 20th June, 2012. Under the POCSO Act, in 2014 there were 8904 cases registered and in 2015 there were 14913 cases with a percent variation of 67.5.  Recently NCRB has added the Offenders Relation and Proximity to victims reported under Section 4 & 6 of the POCSO Act  it is alarming to note that the in 94.8 percent of the sexual abuse/rape cases the offender is a known person to children. It means the maximum threat to children is from the nearby people only.
To address the issue of child sexual abuse the response from community, society, household and individual level is important. The community has a notion of treating children as immature. Overall its a a norm in most of the societies and communities that opinion of children doesn’t matter at all. Children are not heard. So, the mental level of a child assumes that no one will listen to me. This needs to be changed. acceptance of children as regular family members and community members is important. The next stage is the relationship status of their parents. If the child has parents with marital conflict and father dominating whole family and his mother then it also proves negatively in the growth of child. The child fears from his father and is unable to share his/her fears from the family members. The individual growth of a child is utterly important to deal with the crimes occurring against them. The state should take strict actions against those committing heinous sexual abuses against children and the families should nurture their children in a positive and friendly atmosphere. 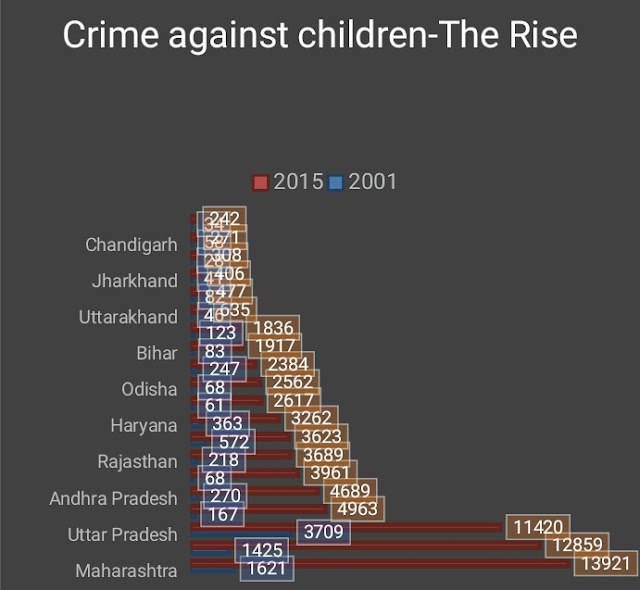