It is often said of Child Sex Offenders that to them Sexual Gratification comes from children. It makes more sense to say that the gratification comes from violence. It is different from other kinds of violence in the respect that in this case, more than hurting the person the gratification seems to come from being in control of their bodies. When some researchers claim that Child Sex Offenders are attracted to immature faces, that too seems, is because they find those innocent-immature faces easier to control and less likely to react or rebel. It seems that the root cause of most problems on our planet is the violence inside us, and it can find expression in any form.

It is difficult to put a finger on one root cause of the urge that causes CSA, but it is quite evident that violence relates the most to it. The use of medication on offenders to reduce their sexual desires have not proven well, because they can act on the libido but not on the violent urge. So one aspect of the prevention part of the finding the solution needs more research. The other aspect is protecting children from coming in contact with a potential offender. For making this happen, we need more awareness on this issue as many parents never come to know that their children were abused, sexually. Teachers, sometimes don’t care enough if there is someone in the school campus who is an offender. And the fear of not being listened to adds to the children silently bearing the abuse.

Third part and the most famous part is Law. It looks very hopeful and progressive to expect if we could import a force of people from the Planet Mars whose sole job would be to watch over us all, and stop us by force whenever we were to commit an offence, the simple reason being that Law-Makers and the people who should ensure that laws are followed by people are from among us and are incapable of making it happen. Can we ever ensure 100% monitoring, without actually touching the root aspects of the decline of human race? If we can, then we must definitely try and do it.

More than rules what we need here is mechanism. Some of it that exists but is not sufficient, too is not followed. The simple reason being the lack of sensitivity and unimaginativeness of the part of the society, that is either malnourished by thought or by soul, or dumb under oppression. It is teachers’ responsibility in the campus, parents’ responsibility at home, and then a healthy communication between the two guardians is required. Nay, it is the responsibility of everybody-anybody, everywhere-anywhere, who when find any children in their presence to ensure that they are not abused.

People from criminology and psychology are expected to deal with these people, either outside or inside the prison. But is their involvement alone enough? How many of us have ever read a research paper from the department of psychology on the problem of pedophilia, or from the department of forensic criminology, regarding child sex offenders who are not diagnosed with pedophilia but are serious offenders? How much time have we actually spent on researching on this issue, so that we can rob it off its root. It is the lack of sensitivity, that arises from our unimaginativeness that makes us violent. We refuse to imagine the trauma of a child who undergoes abuse. Most of us were abused as children, still we don’t care to ensure that our children are not. We keep running away even from our real experience. We must remember that every neglect of any kind of violence is an equal violence, or rather greater. It is a matter of concern that we as a race on a whole have become violent. We don’t know what should be our behaviour towards our children or any potential offenders of their freedom. Do we? If you come to know that a pedophile is an inmate in your house, what steps should you take to ensure your children’s safety, and ensure that the pedophile doesn’t abuse anyone else’s children? What if it were your father-in-law, your maternal uncle, how would you meet the problem? Do we know enough about CSA?

It is very much required for us all to regain sense, the ability to imagine, and the ability to act. Simply because, that is healthy, for us and for our children. 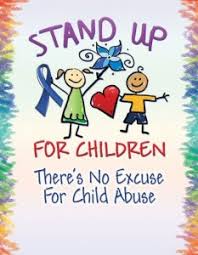